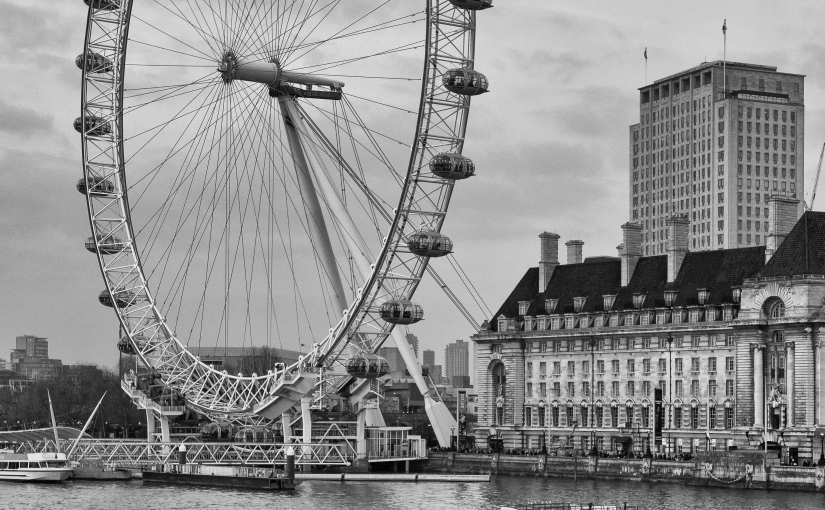 Time to add a couple of more recent images rather than delve into the archives.  These are views from Westminster Bridge as I was walking towards the South Bank Centre.  I refuse to use a phone for my photographs (I know that makes me a digital dinosaur) so these were taken with a fairly recent addition to my kit – the PanaLeica LX100/D Lux Typ 109.  Mine’s the Leica flavour (it’s as close as I’m ever likely to get to owning a Leica anyway) and has brilliantly replaced a predecessor compact (Pentax MX-1) and my first m43 camera (Lumix GF1).  For some reason, I feel it’s more authentic to use this camera for black and white images, but it does colour pretty well too, and I was on the bridge just in time to catch the end of a rather nice sunset.  It’s nice to play with the multi-aspect sensor which is a feature of this camera – I think I may get to rather like 1:1, even though that’s the only aspect that loses quite a few megapickles: 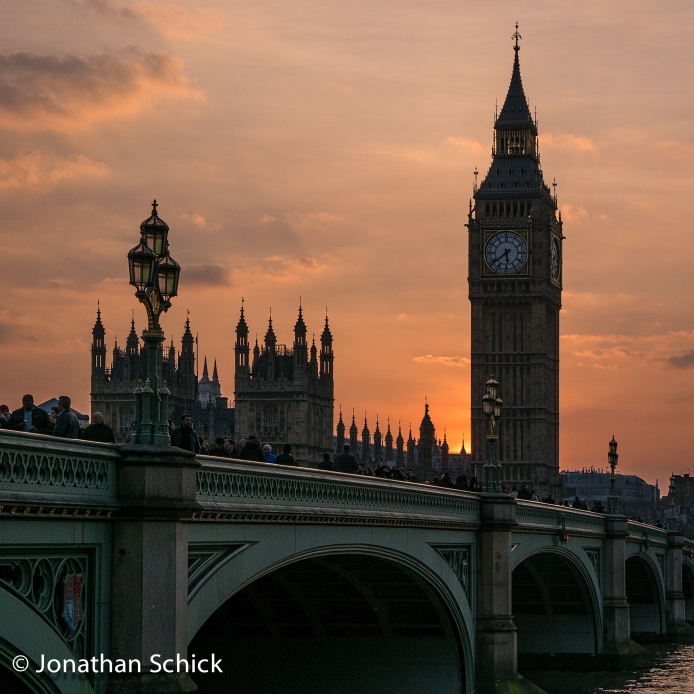