I planned a couple of hours out to go to Borough Market near London Bridge today and then found my daughter was able to join me too.  An opportunity not to be missed, but the photography took a back seat not least because she finds it embarrassing (well at least unless it’s her taking snaps with her ‘phone).  Still, I managed to sneak a few in when I think she wasn’t looking, mostly between Borough Market and Blackfriars.  Once again, I reached for the E-1 today (aka digital dinosaur) – the weather was decidedly changeable which made it an obvious choice, but it also just seems to fit with me at the moment – I think I may be feeling old as I head towards a “significant” birthday later this year…… 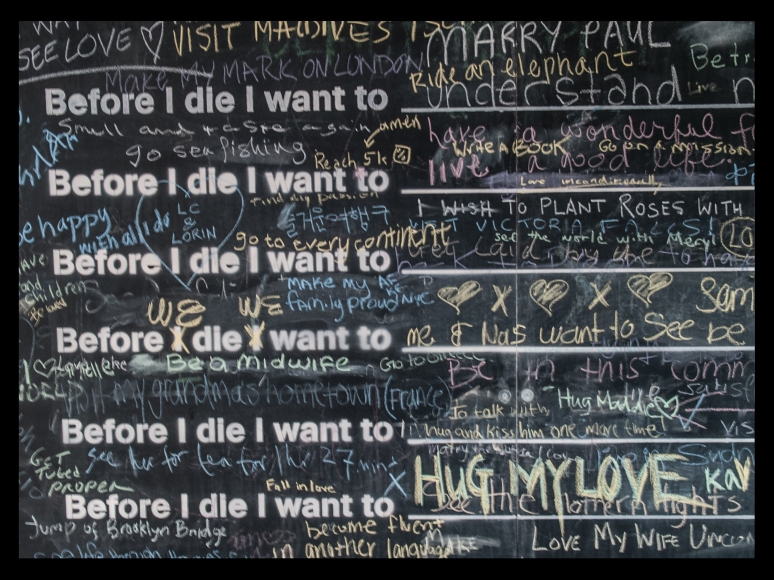 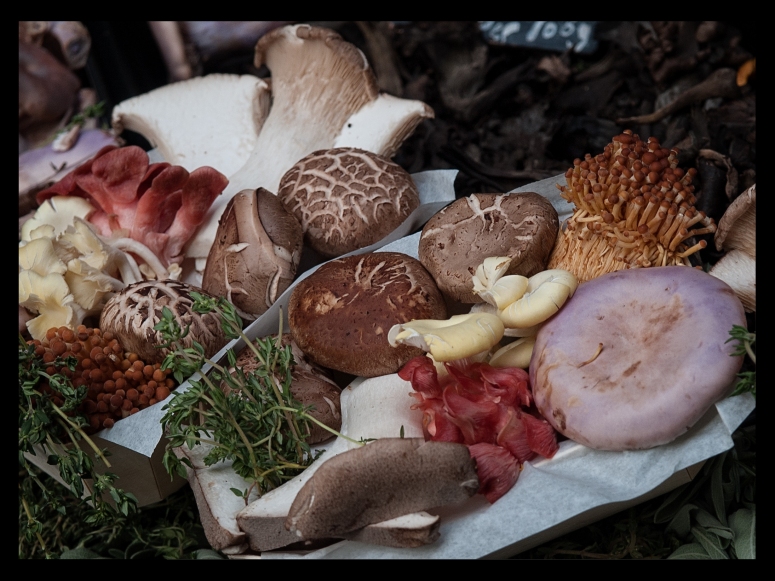 I wish I could go with a shopping list to Borough Market…. but it would bankrupt most of us!  Going to have to stick with Sainsbury’s although I did come back with rather more cheese than I’d planned. 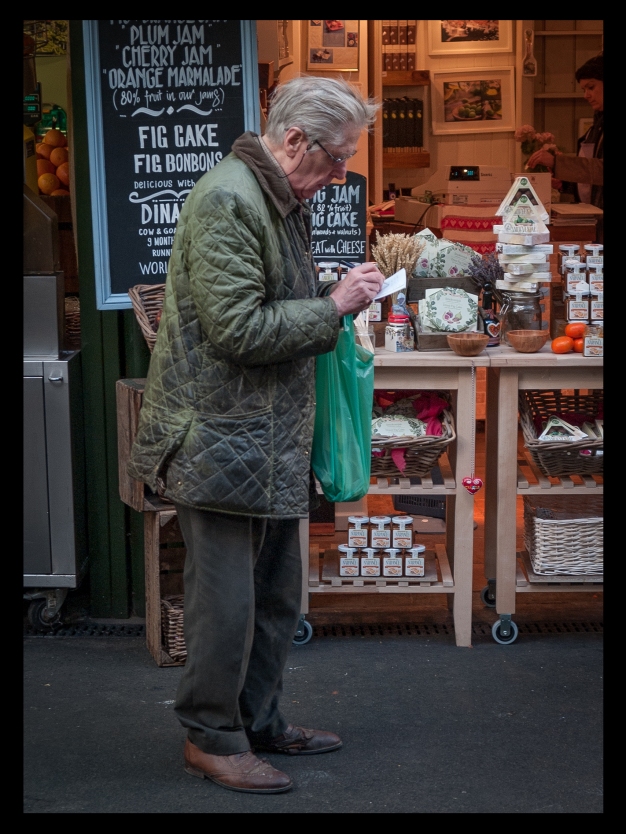 It’s been a while since I set foot in the Tate Modern, and once again the space and scale of the building ended up being more interesting to me than some of the art that was on display.  This huge piece by Frank Tuttle was eye-catching and astonishing because of its sheer size.  The warm colours of the Indian fabric were lovely too.  It certainly filled this end of the turbine hall.  But I’m not sure I have an awful lot more to say about it… 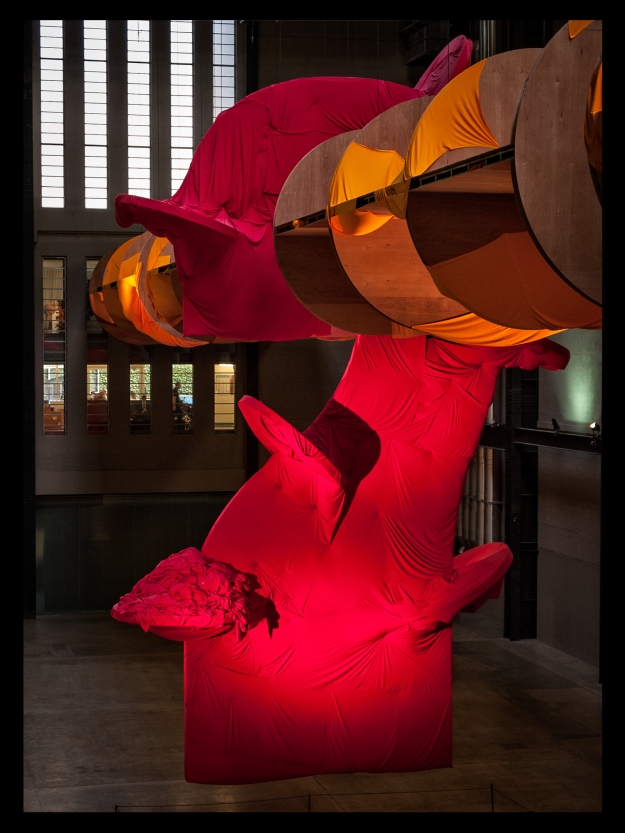 And actually the size of the turbine hall is almost more impressive when it’s nearly empty.  I must admit I think the E-1 with its ancient sensor did a pretty good job here – the dynamic range is quite impressive and the noise isn’t too bad as long as you stick to base ISO: 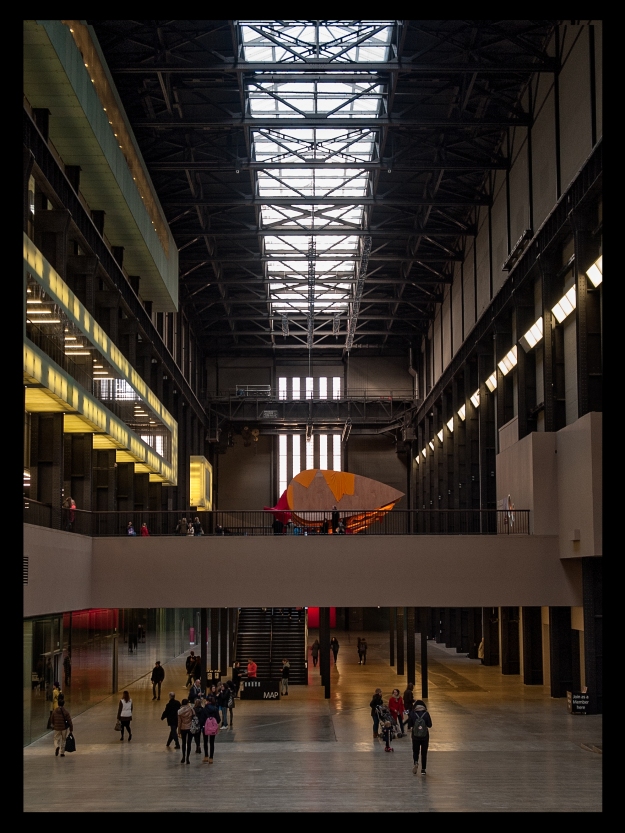 These guys are South Bank fixtures and often found around Blackfriars/Waterloo.  I rather like the fact that this really doesn’t look anything like Central London, and somehow they seemed to be enjoying themselves a little more from their new temporary busking ground. 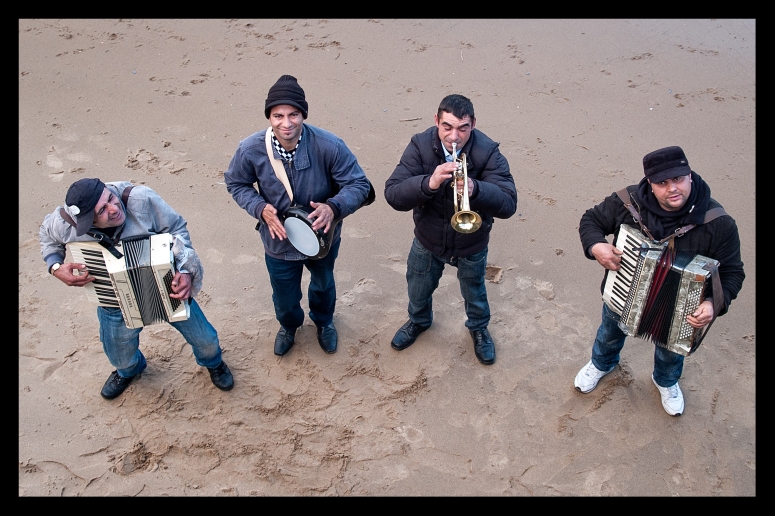 Really good to see you are using your talent and skill.

Thanks Graham – we’ll have to organise a meet again soon I think – will post something on the E-User Forum and see how many takers we get. Cheers, Jon