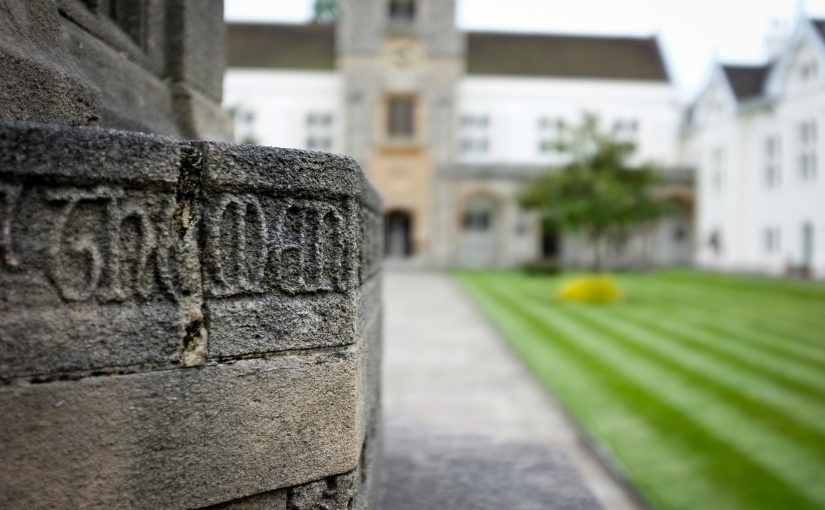 It’s the Bank Holiday weekend so of course the weather is going to be changeable.  I’d trade them for some blue (preferably with a few fluffy clouds), or a stormy sky any day, but sometimes the unrelenting grey does at least help by getting rid of harsh lighting and difficult shadows.  On yesterday’s dog-walk around Dulwich Village (in SE London) I took a Fuji X100 (the original – which can now be picked up for not much money secondhand – not the newer S or T versions) and decided to trust its JPEGs rather than spend an age processing on the computer afterwards.

Both of the images above were made around the old college and almshouse buildings which were part of Dulwich College before it moved to its current location in the 1800s.  And keeping the educational theme, the flower shot below (the X100 is quite good at macro even though it has a fixed and relatively wide lens) is in the grounds of the Village Infants School:

I’ve also got the wide and tele convertors for the X100 and am seriously thinking of taking this as my only kit when travelling to some Baltic cities later this year – you have to work a bit harder but it’s so liberating not to be carrying heaps of stuff but still get excellent large sensor image quality.

In the meantime, I’ll be doing the opposite tomorrow.  If the weather forecast is correct, I’ll be getting the skies I asked for at the top of this post and I’m planning to go to Richmond Park first thing in the morning to see if I can find any deer.