After the senseless events earlier this week, it seems like time to post a few more images of my adopted home-city.

I’ve lived in London for nearly 30 years now and don’t think there’s a single photograph here that could have been taken in the 1980s because the city is constantly evolving. Indeed, from the first photo above, the majority is new over that time period (aside from Tower Bridge and the HMS Belfast).  To the right of the Belfast is the relatively recent Greater London Assembly (the circular building), in the distance behind the bridge is the sprawl around Canary Wharf – considered to be an expensive white elephant that would never attract tenants when it was initially built – and framing the photo is a recent spiral staircase heading down to The Thames Path, which I don’t think was really ‘a thing’ when I first moved here. 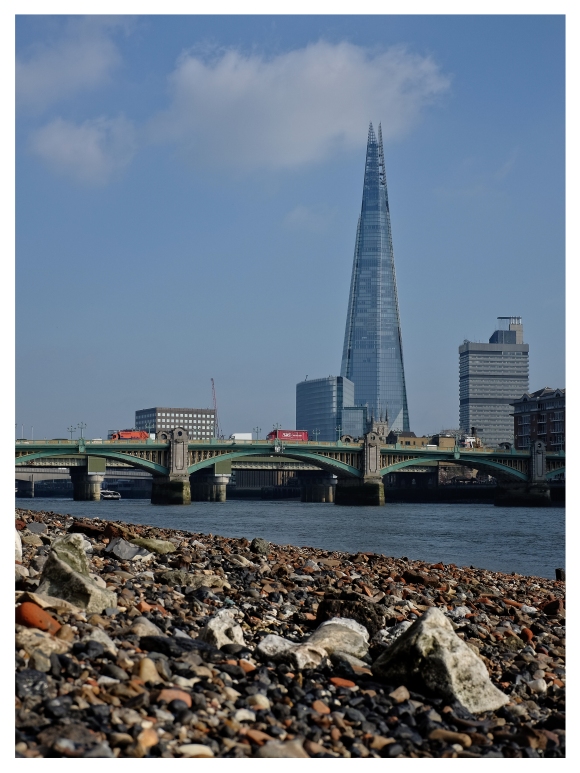 Definitely not ‘a thing’ when I arrived was The Shard, which now dominates what was the largest building in the London Bridge vicinity until a few years ago – the Guy’s Hospital tower to the right.  I don’t often have reason to wander around the north bank of the river but this time I saw some stairs down to the riverbank and found a view which I think I could make more of in future if I had the right skies (more interesting) and right kit (tripod). 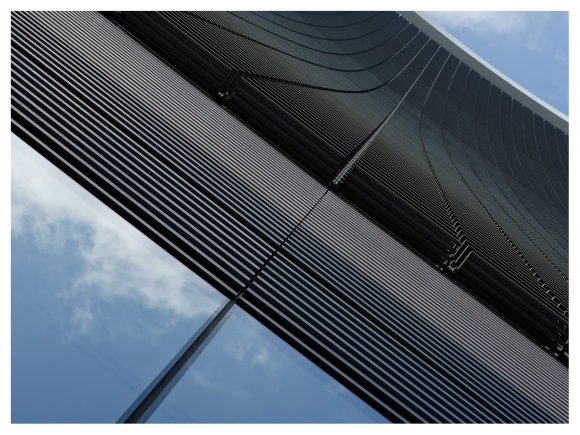 Also new in recent years is the ‘walkie talkie’ skyscraper at 20 Fenchurch Street.  Very controversial (a long word for ‘ugly’), it is wider at the top than the bottom, in order to fit in more people for the same ground rent, and is a building which frankly looks better when you’re right up close – because then you can’t really see it all.  I’d hoped to get to the free sky gardens at the top of the building, but they were full and apparently you need to book weeks in advance to be sure of getting up there. 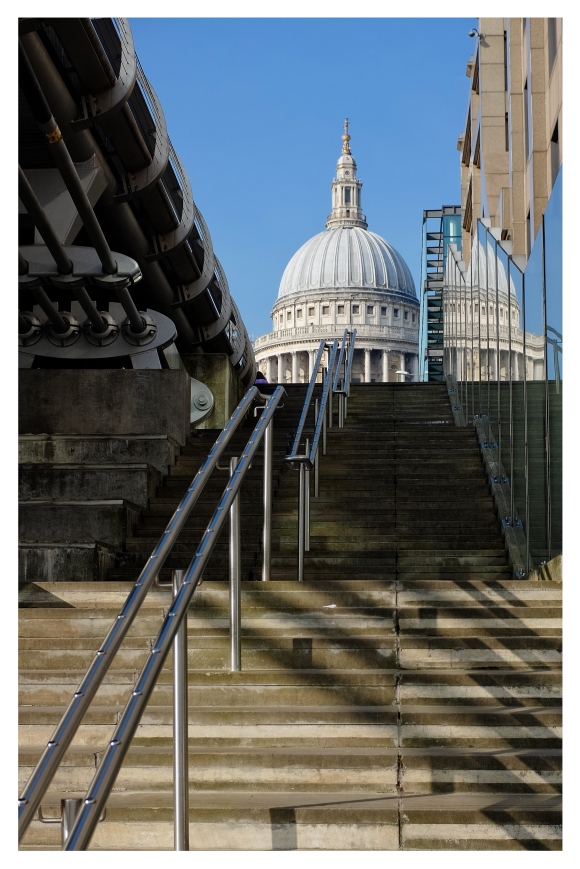 Even the views of St Paul’s have changed over the years – here it’s poking out from the staircase and suspension wires of the Millennium (aka ‘wobbly’) Bridge.

It strikes me that all of the newer structures in the photographs above were planned and built in a period of mostly relative peace in the city – when I first moved here, bomb threats from the IRA were part of the routine so the juxtaposition of Martin McGuinness’ death with this week’s events in Westminster is another reminder that so much has moved on, and yet so much is depressingly unchanged.

Talking of things that have moved on, another major development in London over the past 20 years has been the opening of the Tate Modern – the sheer scale of which is astonishing, especially the main Turbine Hall (part of which pictured above).  It was reassuring to see that, just two days after the Westminster attack, the museum was busy as ever, and nearby south bank teeming with people.  The new viewing platform on the recently-opened Switch House extension is very popular too:

This was a repeat visit to the platform for me – I’d been a couple of weeks ago when it was grey and windy, and wanted to come back on a nice bright day.  Same camera for both trips (X100S) but the images from the cloudy day (with a bit of help on the computer) were much more interesting, especially when converted to black and white.  The views from here are well worth the astonishingly annoying – stop-at-every-floor – lift ride and I plan to come back – but next time I think I’ll aim for twilight; I bet the views would be great with a deep blue sky and city lights shining. 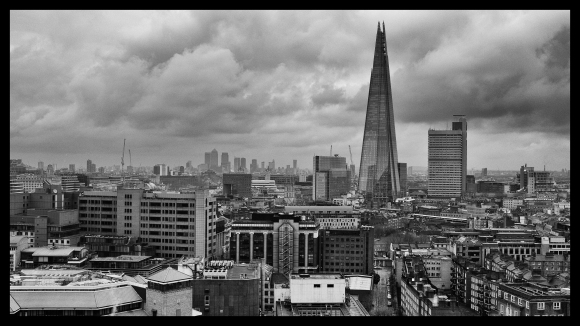 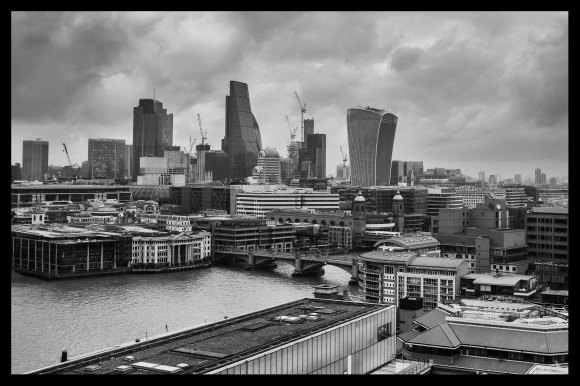 So, the city – to borrow a phrase from Alan Bennett – seems to be rather good at keeping on keeping on.  And after the events this week, that’s something worth celebrating.

6 replies on “London – keeping on”

Thanks for the architectural tour, Jon. Some day, I hope to make it London. I hear the Tate Modern is really amazing. I’ve moved on from my Fuji x100S to an X-T20 with the XF35/2. I just prefer a little more reach as my walk-about lens. I have a lovely Pentax A24/2.8 and F50/1.7 to make a small kit. Still running my Pentax K-1 full frame kit, but I find I love the tiny Fuji for light-duty outings, which seems to be most of them these days!

I should add that that first image is stunning. So many engaging layers.

Good to hear from you Matt – I agree about the walkabout lens too…I often find myself using the TC with the X100S so the equivalent of a standard lens is something I’m comfortable with. I’m increasingly of the view that I’d be better off using the 27mm pancake or 35mm on an ILC rather than keeping the X100 and constantly screwing convertors on and off the front of the lens. With my XT-1, the Pentax lens that gives me quite a lot of fun is an old 55/1.8 Super Takumar (M42) complete with suspiciously yellow lens coatings! Hope to see you in London one day. Cheers, Jon

That first photo of London is “wall standard” love it!

Jon, wonderful set of photographs. I think I tend to like the native 35mm of the X100 …which drove me mad!!! At last upgraded to the X100F and my oh my …night to day!
I have sadly mainly left Pentax after 40 years. I had the 77/43 awaiting the K1. When it eventually arrived …it was wonderful but too big and heavy for mynold legs …. so the X100f and XT1 are my main new gear with m43 ….
Its been a strange couple of years with aged mum dying in the far far north …but now at last life slowly returning to normal. It would be good to meet up for lunch in London … and when are you going to put up more photos of your adopted city? Tom

Well great minds and all that….I upgraded to the X100F a few weeks ago and absolutely love it! Now only have Fuji gear (like you I also have an X-T1) and don’t miss lugging around the SLR kit. How about a meet up for a wander around the South Bank next time you’re down? Cheers, Jon