Every now and again I see posts on the gearhead sites (and some others) harking nostalgically to earlier times in the digital era when cameras were rather less capable than they are now, and asking whether in fact those old models do all most of us actually need.

My posts when I first started this blog did exactly the same thing (Link), and I still regularly extol the virtues of my Olympus E-1, aka the ‘Digital Dinosaur’.  After all, it was originally marketed as a (semi) professional camera and there are many wedding photographers who used them successfully for years.  So yesterday I decided I ought to take it out of recent hibernation and take it for a little drive – into a rather foggy London – to prove to myself that it is still relevant and worth using.

Positives first – I loved using the camera again; it still fits me like a glove, the build quality is like nothing I’ve used since and it was a very agreeable companion for the afternoon.  If I’m honest, it’s probably the handling and user experience that is really the main thing this old beauty still has going for it.

The camera still churns out nice colours and has an impressive dynamic range given its age.  Mind you, a foggy day doesn’t really challenge DR all that much.  The fog did, however, really challenge the autofocus system and this was one of the first areas where the age of the E-1 really showed – it’s simply much slower to focus and the small (by current standards) viewfinder doesn’t really help you to know whether it’s got it nailed.  The tiny rear LCD is next to useless too for anything other than giving you an indication of whether the framing of the image is correct.

So my ‘keeper rate’ wasn’t quite as high as I’d hoped or expected.  Then we get to the issue of how the ‘keeper’ shots stack up with more modern cameras.  Well, at web sizes they’re lovely and when the lighting is good there is no reason why you can’t churn out an excellent A4 print (or larger with some good interpolation software) from the E-1. 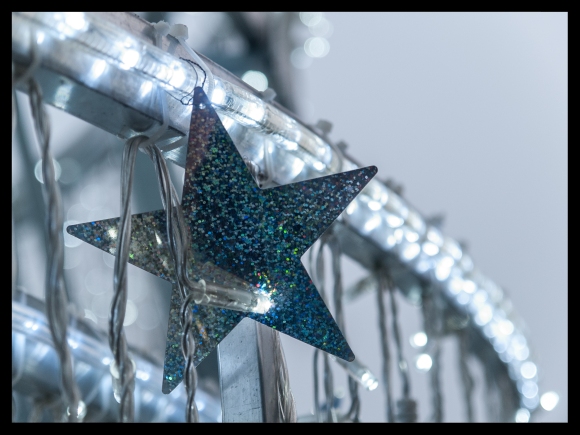 It helps that even the standard 14-54 kit lens that came with the camera is a decent performer too – and you need its relatively fast aperture (f2.8-3.5) to keep the ISO low.  Even at ISO200, noise becomes quite noticeable; at ISO400 it is starting to become destructive, and from ISO800, well, Sir Humphrey would be saying something along the lines of ‘a very courageous decision, Minister…..’.

I think that may be why – despite its very appealing handling of colour – quite a few of us E-1 aficianados often like to use the camera for monochrome shots; they’re rather more forgiving of its noise characteristics.  Although modern post processing software packages offer much better noise reduction than the equivalents that were around when the E-1 was introduced, they’re not capable of miracles. 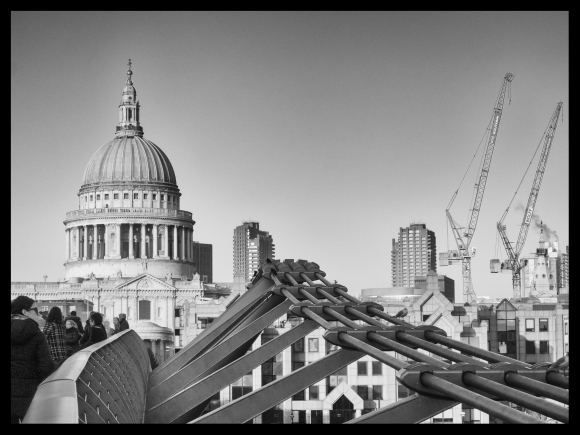 A few years ago, I would have had no hesitation in taking the E-1 as my sole camera for a serious trip of a lifetime – and of course it’s as good as it ever was so if you were heading for a shoot in the sun (erm, to take picture of static or slowish moving subjects) then it would be a fabulous companion.  However, I’ve become accustomed to the capabilities of my newer cameras (none of which are the latest generation and so already heading inevitably towards dinosaur-dom themselves).

For me, I couldn’t bare to part with the E-1 for reasons that are entirely illogical – it’s a lovely Sunday drive and will be brought out for a spin on occasion when the light is good.  But what my experience yesterday showed was that when the going gets tough, newer cameras do make life a lot easier – better viewfinders, vastly improved autofocus, much better noise performance and more resolution mean they can help get excellent results when you really hit the limitations of the early generation of digital cameras.

So, not quite a swan song for the E-1, but a reluctant acceptance that I don’t think I’d use it as a primary camera any more if I really wanted to depend on the results.  It’s amazing what a few years means in the development of new technologies and the capabilities of digital sensors and cameras have improved astonishingly – the past 15 years or so really have made a difference, and who would have thought it, then?