Well I was in for not so much of a surprise to be honest.

After a domestic day on Saturday, I was keen to get out even for just a short while to get some fresh air and a change of scene.  When I woke up on Sunday morning it was grey and dismal as any average British winter day, but there was just a hint of a glow in the sky, so I decided an early morning drive around the South Circular to Richmond Park was in order – hoping to find some of the deer that have thrived there since the reign of Charles I.

I’ve never been at this time of the year before; the autumn time is the most popular, because that is the rutting season – and the colours are lovely.  Sadly that is also the season when every camera enthusiast with a huge lens (and bright red kagoule, just to make sure they are doubly irritating) seemingly turns up to surround the poor animals and machine gun a few hundred shots at the highest continuous rate their dSLRs can manage, in the hope that one or two of them will turn out good.  So, no rutting for me on this occasion.  No dSLR with huge lens either (and no continuous shooting).  I did have to frame one or two shots carefully though, to avoid the one other photographer I came across…..who had come complete with the red kagoule!

These images were all taken with a Fuji X-T1 and 55-200 lens and the combination performed admirably.  Using the electronic shutter is nice too, because the camera is utterly silent in this mode – no noise to disturb the early Sunday morning bird song (and distant thunder of aircraft heading towards Heathrow).

The images were all shot in raw and processed with Iridient Developer, which seems to do a really nice job now I’m starting to get used to it.  It’s not a complete solution because there are some things that still need to be done in a package like Lightroom (vignetting, for example, if you choose to use it), but it definitely does a great job with demosaicing the Fuji’s X Trans files. 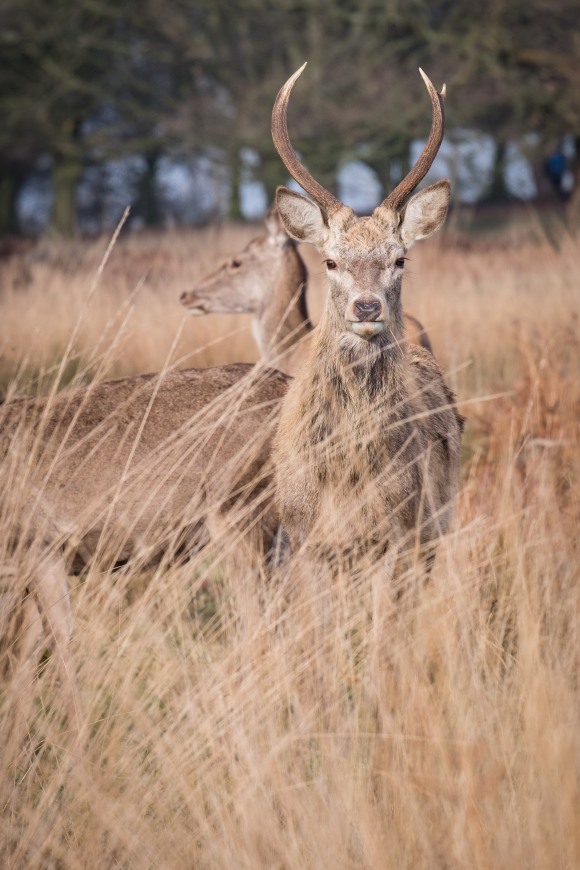 I don’t actually use the 55-200 lens all that much; as I get older I appear to get wider, sadly in more way than one, but I really should use this telephoto more often; it’s quite a step up from the consumer level zooms I’ve used in other systems in the past, both in terms of build and image quality – I’m always pleasantly surprised when I do give it a try.  I’ve saved probably my favourite image ’til last – I spent quite some time just watching this handsome young stag who really didn’t seem to care terribly much about my presence. What beautiful creatures!  This short wander into the park was a real tonic and highlight of the weekend – a moment to escape the hustle and bustle and just be.